Ever wondered what the dark, secret side of your city looks like? I do all the time and love to read mysteries set in Toronto like those written by Maureen Jennings, Vivian Meyers, and Pat Capponi. So when I saw that one of the Luminato events was called Gothic Toronto: Writing the City Macabre, I knew I had to attend.

While waiting outside for the doors to open, I picked up one of the chapbooks for sale at the event and was delighted to get my copy signed by each of the authors present. 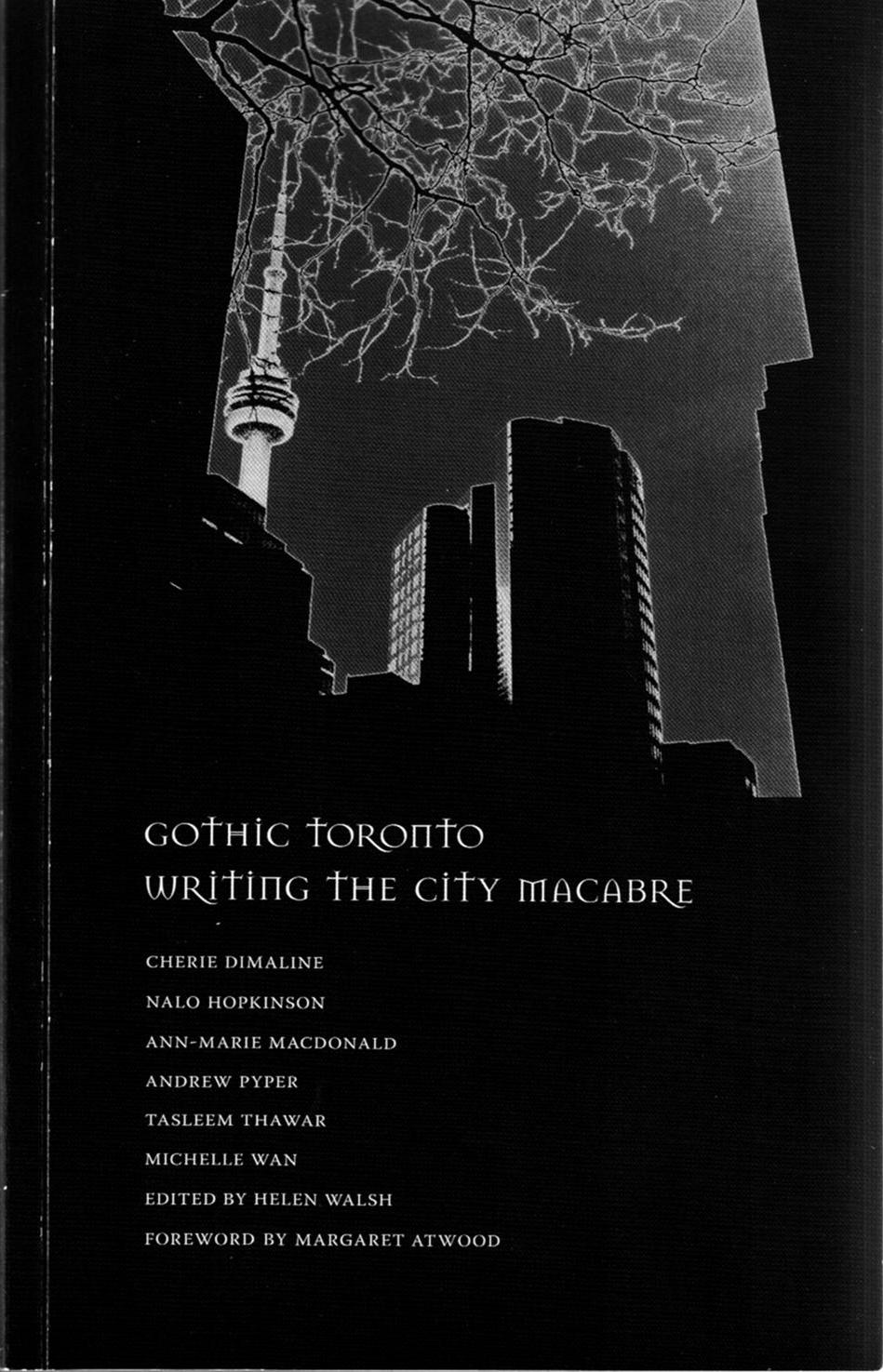 The readings took place in the Music Gallery, a onetime church in the heart of downtown, and its glowing stained glass and small dimly lit nave set the mood for the readings. Let me share with you a small bit of each writer’s story and leave you some linky breadcrumbs to follow in case you want to read more of their work.

Cherie Dimaline, author of Red Rooms, shared with us her story “Welcoming Ceremony”:

She sighed, shook off the questions and settled in at the desk to get her filing done. She couldn’t remember when shed last gotten to it; the memory refused to bob to the surface. She built a pulpy fortress around her out of stacks of creamy paper, thick and damp like sheaths of discarded skin.

Nalo Hopkinson, author of Brown Girl in the Ring and many other novels, read “Blushing” to us:

Staring at him, I licked a salty drop of blood from my fingertip. “Apple of my eye,” I said, “we don’t need to keep secrets from each other.”

Ann-Marie MacDonald, internationally bestselling author and winner of the Governor General’s Award for Drama among numerous other awards, told us the grisly tale “The Hanged Man”:

Although, even if he does remember, his experience of teleportation is not unique. And others have reported far more interesting sights and sounds. They’ve even been able to help people once they return by saying, “You left your keys on the counter at the Tim’s in the lobby.”

Andrew Pyper, author of The Killing Circle, which was chosen by the New York Times as one of the best crime novels of 2008, read to us from his spooky story “When You Were Beautiful”:

There was a full moment when my brain tried to figure out what my body was troubled by. I wondered, over the course of a second of two, if I was coming down with the flu, or about to sneeze. And then, before there was any reason to be afraid, I was.

Tasleem Thawar, having lived and worked around the world, now lives in Toronto and is a student at the Humber School for Writers. She read her story “Her Hands” to us:

I found Mary being swallowed up by a Victorian armchair in a lonely corner by the window. I’d been mistaken earlier. She was, in fact, rather attractive—younger than she had seemed, and her hair was a soft, pale blond, not the stringy white reminiscent of my mother’s.

Michelle Wan, author of the Death in the Dordogne series of mystery novels, couldn’t attend the reading, but did read her story for us via Jason Lapeyre‘s spare and chilling video.

“You are sooo dreaming.” Alicia laughed at the idea of me, head and feet sticking out of a box, being sawn in half by our Christ-fired, sleight-of-hand cousin. I pictured myself doing things with him in the box, while the audience wondered about the extra pair of feet.”

It really was a fantastic event—kudos to Luminato and Diaspora Dialogues for making it happen. And, in case you’re interested, limited quatities of chapbooks may still be available: you can contact Diaspora Dialogues to find out.